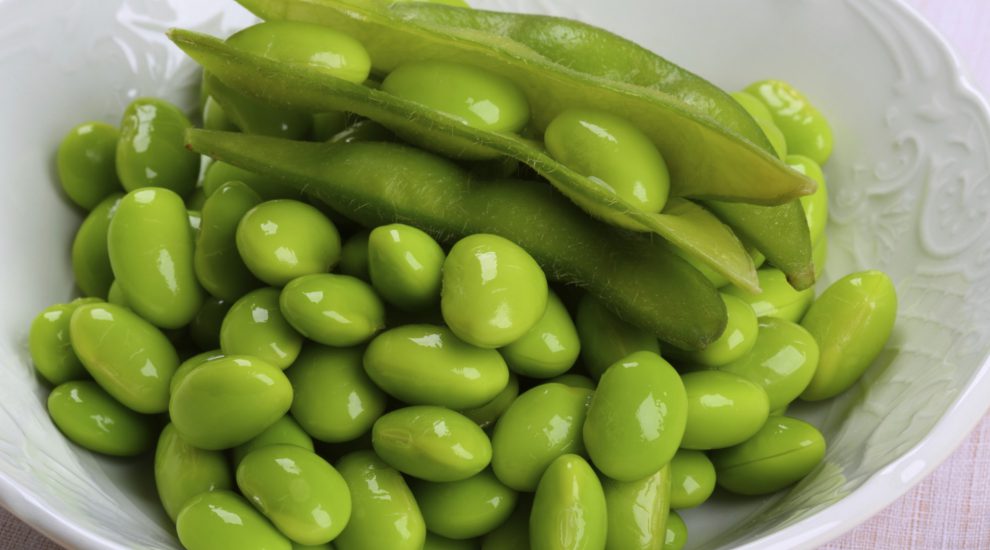 The Truth about Soy and Hormones

638
By Ilana
3 years ago
In Uncategorized

Research and opinions have been going back and forth for years as to the effects of soy on hormones. Many still hold the belief that soy can affect hormone levels in a negative way that causes testosterone to drop and estrogen to rise. However, new studies are finally putting these myths to rest.

Before we go into the new study which will dispel these myths, let’s first take a look at what has previously been said.

It used to be said that eating soy, because of its high level of phytoestrogens, increases estrogen production.  What does this mean? Increased estrogen production can lead to premature menstruation in girls, male breast enlargement, decreased sex drive, infertility and is linked to breast cancer. Well, no wonder so many people have been so against soy.

But is it really true that soy increases estrogen?

A new study examined the effect soy had on human hormone levels. The researchers took 200 men with type 2 diabetes. They consumed snack bars which contained 15 grams of soy protein, twice a day, for 3 months. Half the men had the bars with isoflaves (plant estrogen found in soy) and the other half had the bars without isoflaves. Testosterone levels were not changed in either group, and the group that consumed isoflaves actually enjoyed improved cholesterol and blood pressure levels. If plant estrogen really was an issue due to it being close to human estrogen then it would definitely be an issue for those with type 2 diabetes as they are at greater risk of low testosterone. The fact that no change in testosterone was found shows that the plant estrogen found in soy does not behave in the same way as human estrogen and so does not carry the many risks we spoke about above.

15 other studies and 32 reports have concluded similar findings, where soy and isoflavone supplements do not alter a man’s testosterone levels and do not have a significant impact on human estrogen or conditions related to estrogen levels such as breast cancer and early menopause.

It’s also interesting to note that soy isn’t the only food to be high in phytoestrogens. Oats, legumes, apples, rice and coffee also carry high amounts. Therefore, it definitely doesn’t make sense to single out soy, especially since soy actually has benefits such as it being high in omega-3.

Soy can be found in a lot of foods and  therefore itt would be beneficial to continue studying the effects of it on our bodies. Up until this point, there isn’t strong enough evidence to suggest it affects hormone levels, but some people may wish to avoid it due to GMO which turns a lot of people off. It’s best to stick to less processed soy products such as tofu and tempeh as opposed to processed products such as burgers and hot dogs. In general, less processed foods are preferred in order to achieve a nutrient dense diet.

Unless something has been scientifically proved as harmful, the best route to take is to eat everything in moderation. Eating a varied diet containing soy is fine, but it wouldn’t be recommended to eat soy several times a day, every day, just as we wouldn’t suggest eating eggs or sandwiches for all three meals. Moderation is key.

If you have reason to suspect a hormone imbalance or change, you should always schedule an appointment with your doctor to check your levels and, if necessary, receive proper treatment.

What Are the Symptoms of Low Testosterone?


Managing the Hot Flashes of Menopause