Refraining From Sex May Increase Testosterone

Observant Jewish couples follow the laws of family purity, which include refraining from sex throughout a woman’s period, and for a full seven days following menstruation.

And, according to a brand new study to be given at the Second Annual Conference on Judaism and Evolution at the Schechter Institute of Jewish Studies on Sunday, those couples could also be on to something.

Rick Goldberg, a scholar in Austin, Texas, and Dr. Barenholz of Hadassah, Israel oversaw a study, where nineteen Jewish men who are religiously observant and married provided saliva swabs twice weekly for 3 months, so their testosterone levels may be monitored. All of the men refrain from sex from the moment the wife begins menstruating till she has counted seven clean days from the end of the period and then immersed herself within the ritual bath.

The study found a marked increase in testosterone in the men around the date of their wives immersion, which is additionally the first day she will be able to return to sexual activity along with her husband. because of the timing of the female cycle, this date is additionally closely connected to a woman’s point of ovulation, which implies that these religious couples might have a higher likelihood of both fertility and sexual libido during the monthly window when they are sexually intimate.

According to Goldberg, this study suggest that rituals rooted within the Torah could confer significant biological advantages.

“Biologically speaking, the behaviors that are the most adaptive are those that provide the individuals practicing those behaviors an advantage, and that they end up leaving more descendants,” he said. “That’s not a moral judgment. It’s a quantitative judgment. You and I and everybody else are the products of ancestors who were successful at reproducing – otherwise we wouldn’t be here. But how you get to that point, how you figure out what is adaptive and what’s not in terms of fertility — this is what we look at specifically.”

Evolutionarily, it seems, this ancient practice has sensible applications for couples trying to conceive.

That doesn’t mean that Jews who have embraced the laws of ritual family purity understood these practices as something more than commandments.

“My guess is that they performed ancient obligations because that’s what the Torah told them to do — therefore that’s what they did,” he said. “My job is to shine a biological light on those behaviors and see if some illumination can be made from it biologically.”

The data was meant to be determined solely as a case study, as no general sample group of irreligious men was studied in tandem to provide a level of comparison to the hormone levels.

Goldberg can even admit on Sunday, once he presents his findings, that different variables may be at play and that the info, at this time, needs additional study.

Earlier studies of testosterone levels in men who are in long relationships have shown what many bachelors have long claimed – The longer and more stable a mans marriage, the lower his testosterone.

Single men it seems have higher testosterone levels than married counterparts, and people whose marriages were reported as happy and without conflict even have lower levels of the male hormone than their peers in rocky unions.

Two studies, in Canada and China, have shown that fathers have lower testosterone than men who are childless. however while there are several studies performed on the impact of marriage and family life on men’s testosterone levels, this study is the first of its kind to look at practices that may manipulate those testosterone levels to help procreation. 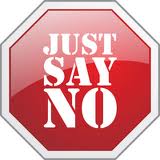 The laws may or may not have been written with a scientific benefit in mind, and  Jews of past times possibly didn’t know they were boosting their possibilities of conception after they decided to follow them, the study indicates that there’s evolutionary value behind the observe of hilchot niddah.