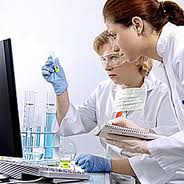 Lawley, the Pharmaceutical Company behind the hormone creams AndroForte, AndroFeme and ProFeme are continually involved with clinical trials and hormone & medical research studies.

A little background on Lawley

Lawley are based in Perth Australia and use an approved government facility to manufacture their hormone creams. AndroForte, AndroFeme and ProFeme are pharmaceutical grade bioidentical topical creams that treat low testosterone (in men and women) and progesterone deficiency/estrogen dominance (in women). The Lawley mission is to encourage people to treat natural hormone deficiencies with natural bioidentical hormone therapies, rather than synthetic therapies. Treating “like with like” means that the body absorbs and reacts better to the therapy. Ultimately, the body sees the therapy as an extension and top up for its current natural hormone production, rather than a synthetic treatment that can further stifle the body’s own level of natural hormone production. Participating in medical research studies is an important way of showcasing this theory.

A trial on testosterone antidepressant augmentation in Women

A controlled trial to determine the efficacy of testosterone as a strategy to prevent the development of Alzheimer’s Disease.

A trial to determine the use of transdermal testosterone cream in IVF pre-treatment and its effect on controlled ovarian stimulation and IVF outcome in poor responder IVF patients:

A study into the effects of testosterone and oestradiol therapy on clinical indicators and biomarkers of dry eye in post-menopausal women.

For more information on Lawley hormone skin creams and their involvement in medical research studies you can visit the Lawley site.

The FDA bias on sexual dysfunction